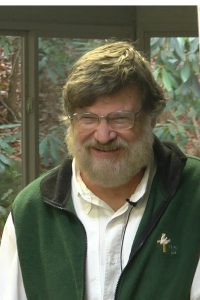 The Rev. Dr. Zeb Bradford Long brings to this critical task of discerning the times a solid grounding in the Bible and Reformed theology.

Decades of practical experience equipping Christians to take part in movements of the Holy Spirit in North America, UK, Africa and Asia, provide him with grasp of Satan’s tactics as well as means to advancing the Kingdom of Jesus Christ.

Long is a student of history, comparative religion, military science, and psychology, which provides the balanced perspective needed for understanding and defeating radical Islam.

He then spent four months living in Vietnam with his father who was working there with USAID, where traveled to many locations in Vietnam to photograph the effects of the war on its most innocent victims – the children.   There in Vietnam he became convinced of the scriptural truth that Jesus Christ was the only way to peace and justice in a fallen world.

From January 1990 until the present, Brad has been the Executive Director of Presbyterian Reformed Ministries International (PRMI)

Long has been called around the world to share in the work of the Gospel. In 1991, he started the Dunamis Project – a series of six intensive equipping events that focus on helping men and women to cooperate with the Holy Spirit in ministry.  He has offered this teaching in Canada, United Kingdom, New Zealand, Brazil, Uganda, Taiwan, Korea, and most recently to China.  Now teams take the Dunamis Project to Latin America, Eastern Europe, and Central Asia.

In 2003, in order to support this worldwide movement of the Holy Spirit, PRMI established the Community of the Cross: A Place of Encounter with Jesus Christ.  This is located on 24 acres in Black Mountain, North Carolina in the Blue Ridge Mountains. It is a center for prayer, equipping and sending.

The Collapse of the Brass Heaven: Rebuilding our Worldview to Embrace the Power of God – Zeb Bradford Long and Douglas McMurry. 1996 Chosen Books, Grand Rapids

Prayer that Shapes the Future: How to Pray with Power and Authority – Brad Long and Douglas McMurry. 1999 Zondervan, Grand Rapids. (English, French and Portuguese)

Passage Through the Wilderness: A Journey of the Soul – Zeb Bradford Long. 1998 Chosen Books, Grade Rapids. (English and Chinese)

Dunamis Project Teaching Manuals published by PRMI (All are in English; various manuals are in Chinese, Korean, Portuguese and Spanish)